更新时间：2022-07-29 19:47:06 编辑：管理员 浏览：170
Martial G.o.d Asura is an online novel published on Novel Online Full. The story is a mixture of ten different genres such as action, adventure, fantasy, romance

Night. The round moon was hanging high and stars filled the sky.

However, within the river of stars, there were 9-coloured lights lingering amongst them and they were especially dazzling.

“Abnormal signs appear in the sky, which means a Divine Body will descend.”

On the summit of the Imperial City in the Nine Provinces. An old man in golden clothes stood with his hand behind his back and he was looking up into the night sky.

Behind him were tens of thousands of Imperial City experts. All of them were half-kneeled as if waiting for some command.

Suddenly, the lights condensed and formed into 9-coloured lightning. It came striking down from above the river of stars and the heavens.

At that instant, the black night became a white day. Even before the strike of the lightning, the ground was already rumbling and fiercely trembling.

But that 9-coloured lightning. The moment it collided with the land, it did not do any terrifying damage. Rather, it completely disappeared.

At the same time, the world was enveloped by the night once again. The originally bright night sky darkened quite a bit, as if some important essence was removed, and the former senere days were restored.

The old man’s eyes were abnormally bright and his excited body was even trembling. He pointed towards the location in which the lightning had landed, “Within the borders of the Azure Province, bring all the infants that were born tonight back to the Imperial City!”

The thunder-like response resonated past the horizon and tens of thousand Imperial City experts headed towards the Azure Province. They swore to look for the Divine Body and give it to the imperial court for use.

Time pa.s.sed. 5 years elapsed with a blink and although people still remembered the frightening scene that year, no one knew the actions of the imperial court.

Within the borders of the Azure Province of the Nine Provinces. Amongst the countless of schools, the Azure Dragon School was one of them.

Today, once again, it was the annual recruitment of disciples for the Azure Dragon School. There were oceans of people outside of the school.

Every time, the busiest people were the outer court disciples. All the responsibilities of the admittance for the school were all pushed onto their heads.

Outer court disciples. They were the ones that did the hard and thankless tasks. Not only were their position lowest in the school, they were even looked down upon by outsiders.

The reason was very simple. If they were an outer court disciple, it meant that their apt.i.tude was horrible and in their entire life, it would be very hard for them to have any big achievements, so naturally. they were despised upon.

“Oi, what’s with this att.i.tude? Do you know who I am?” A lady who wore gorgeous clothes had a boy with her as she pointed and loudly yelled at a young man.

“I am very sorry. It is already late now and the school will close soon. Please come back tomorrow.” The young man’s delicate face was still young and tender, but between his eyebrows, he had a bit of heroic spirit.

He was called Chu Feng. He was 15 this year and he was one of the tens of thousands of outer court disciples in the Azure Dragon School.

“Come back tomorrow…You think I’m an idiot? These are the mountains! Where are you even going to let us sleep?”

“You must arrange a place of residence for me, or else I’ll go find your elders for reasoning.” The lady did not listen and did not care. She even grabbed onto Chu Feng’s clothes.

“Chu Feng, have you met with trouble?” But just at that time, a sweet voice could be heard.

Looking at that direction, a young female who wore purple was walking over. Although there was a faint smile on her mouth, her eyes were fierce and they tightly stared at the lady.

As she saw the young female, the colour of the lady’s face instantly changed and a strong expression of fear gushed out.

It was not because of anything else. It was just because the young female was wearing the purple robe, and that was a mark of the inner disciples.

The lady hiddenly cursed. She originally thought she could use her status to make things difficult for the young man in front of her.

Who would have thought that the unremarkable young man in front of her had the support of an inner disciple? The inner disciples were an existence that she couldn’t offend.

“It’s nothing it’s nothing, I was just inquiring some things from him.” The lady explained while smiling.

The young female glared at her and only said one word, “Scram.”

At that instant, the lady’s body couldn’t help but tremble and her face was already ashen.

But she did not hesitate at all. She pulled the boy and quickly left, and under the panic she even tripped, which made her look very rough.

Seeing that, Chu Feng helplessly shook his head and said politely to the young female next to him, “Thank you very much Chu Yue.”

“No need to be so polite, we’re family right?” Chu Yue was a bit displeased.

She was correct. They were indeed family. They came from the same family, Chu.

Chu Yue was Chu Feng cousin, from Chu Feng’s father’s brother line and she was only 1 year older than Chu Feng.

However, Chu Yue already pa.s.sed the inner disciple exam 3 years ago and became an inner disciple. She was now in the 4th level of the Spirit realm.

“We need to follow the school rules.” Chu Feng said with a brilliant smile.

Looking at Chu Feng behaving like that, Chu Yue’s heart ached, “Chu Feng, are you still not going to partic.i.p.ate in this year’s inner disciple exam? Or is it that you still haven’t reached the 3rd level of the Spirit realm?”

Chu Feng did not respond and a faint smile still hung on his face. No one knew what he meant.

Seeing that, Chu Yue took off a bag from her waist and put it in Chu Feng’s hands, “Refine it. Perhaps it’ll help you break through the 3rd level.”

Chu Feng opened the bag and instantly, strong spiritual energy was emitted from it. A bright, sparkling, transparent Saint Spirit Gra.s.s that was the size of a finger laid within.

“Chu Yue. This is too precious, I can’t take it.” Chu Feng hurriedly returned it back to Chu Yue.

Saint Spirit Gra.s.s. It was like a panacea for martial training and it was extremely precious. It had endless usefulness for those within the Spirit realm.

Chu Yue was also supplemented by the family, but she didn’t use it and gave it to Chu Feng. It really moved Chu Feng, so he really couldn’t accept it.

“When I say I give it to you, you should take it. You are my little brother after all.” Chu Yue was slightly irritated.

“Oh? When were you so generous and even started to give Saint Spirit Gra.s.ses to people?”

“Look, I am your little brother as well, and coincidentally, I will almost have a breakthrough into 4th level of the Spirit realm. How about you give the Saint Spirit Gra.s.s to me?”

A young man around the age of Chu Feng walked over and he was also wearing clothes of the inner court disciples.

He was called Chu Zhen and he was also from the Chu family. Five years ago, he entered the Azure Dragon School at the same time as Chu Feng. However, he became an inner disciple 2 years ago.

“Chu Zhen, you’ve already broke past the 3rd level of the Spirit realm and successfully condensed spiritual energy. Even if you don’t have this Saint Spirit Gra.s.s you can rank up quickly.”

“Yep, you are correct, but sadly he doesn’t want it.” Chu Zhen spread his hands open and sneered.

“Mm, okay.” Seeing that Chu Feng accepted it, Chu Yue was already happy, so she just randomly responded and didn’t care whether Chu Feng would return it back or not.

“If you’re taking it then why return it? Giving you this Saint Spirit Gra.s.s for you to use is such a waste.” Chu Zhen’s face had a really ugly look on it.

Chu Feng just smiled and ignored him. He then said to Chu Yue, “Chu Yue, I will partic.i.p.ate in this year’s inner disciple exam.”

“Hmph, you? If you can pa.s.s the inner disciple exam, I’ll give this year’s supplemented Saint Spirit Gra.s.s to you.” Chu Zhen looked at Chu Feng with contempt.

“Is that true?” Chu Feng didn’t really believe it.

“Then the Saint Spirit Gra.s.s I get this year will belong to you.” Leaving that sentence behind, Chu Feng continued to throw himself into the work of outer court disciples.

“Chu Zhen, we are family. Why do you always need to make things so hard for Chu Feng?” Chu Yue looked at Chu Zhen with annoyance.

“Family? Chu Yue, you should know that that Chu Feng isn’t part of our Chu family.”

“After entering the school for five years, he still hasn’t pa.s.sed the inner disciple exam. He is absolutely the disgrace of our Chu family.”

“In the entire Chu family, which one likes him? Only you treat him nicely and you even give your own Saint Spirit Gra.s.s to him for use.” Chu Zhen really did not understand.

“You are truly stupid.” Chu Yue was a bit angry and after glaring at him for a moment, she walked away.

A bit into the night, in the resting area for the outer court disciples. It was complete darkness.

After being busy for the entire day, everyone was very tired and they slept very early. Only Chu Feng’s room was still lit up by light.

After saying that, Chu Feng closed both his eyes, clamped the Saint Spirit Gra.s.s between both his palms and did a strange hand seal.

At that instant, the spiritual energy inside the Saint Spirit Gra.s.s started to enter Chu Feng’s body through his palm and it converged into his dantian.

At the same time, chewing sounds came from Chu Feng’s dantian as if something was having a meal.

If you looked through his skin, you would discover in the deep part of Chu Feng’s dantian, a lump of lightning was occupying there.

That lump of lightning had nine colours and every colour was like a huge lightning beast. It emitted a terrifying aura that did not belong to this world. 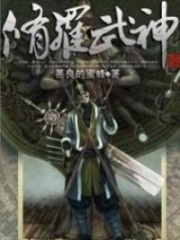